Broadly speaking, when you buy shares or "action" in a poker player, you're essentially speculating on that player turning a profit when they play. You are investing with a view to reaping a return on your initial outlay should they cash in a tournament or series of tournaments. If you invested in say, 2% of their action, you'd get 2% back of anything that they win. The investor's initial outlay may not be huge, but even a 2% share of say, $250,000 or more is not to be sniffed at, so you can get a decent profit, along with the voyeurism of not having to play for hours yourself. 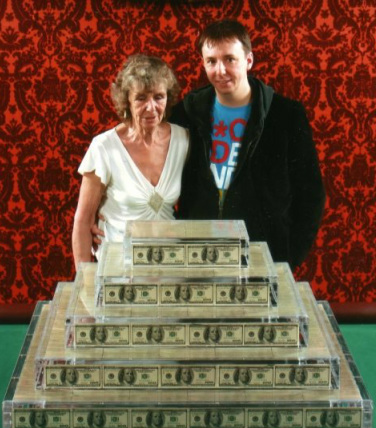 Anyone who's played poker tournaments knows about the costs involved. Besides the tournament entry fees and re-entries, a travelling professional has a raft of other expenses to contend with on long trips. Flights, hotels, rental car/taxi costs, endless tipping, food and beverage, The list of costs is pretty comprehensive, plus of course the player is physically putting in what is often very long hours trying to win a tournament.

For these reasons, it's common for poker players who regularly sell some of their action to charge a nominal "mark-up" in order to offset their own associated costs slightly. This could mean that say, for a $100 stake it might actually cost an investor $130 (mark-up of 1.3), or maybe a $600 investment might actually cost $840 (1.4 mark-up). Though a "mark-up" is perfectly normal, often the rates that different people might charge investors can vary wildly depending on certain factors:
In recent years, the practice of selling poker action has gone slightly crazy, with a lot of players swapping percentages around amongst themselves, or guys winning a single tournament, and suddenly believing that they are Phil Ivey, and can therefore now name their price.

Charging a premium for time and expenses is most certainly reasonable, but even now I see people charging outrageous amounts when they are playing ONLINE tournaments where 95% of the expenses I mentioned are non-existent!!! The really sad part of this is that a lot of these guys are broke, or simply heavily in debt to begin with, and couldn't play tournaments at all without being staked. Sometimes it also just comes down to greed.

I will mostly take all my own action nowadays, but I have some people over the years who have always been happy to take a piece, which is fine. The rate I charge for ALL my tournaments is 1.25. Obviously on these trips I still have my expenses, but I bear the cost of a lot of this myself, and I think giving a fair rate is a far better approach than charging investors stupid prices. I always sell all my shares, and have regular investors at all levels,and will always buy up any leftover shares myself.
Proudly powered by Weebly